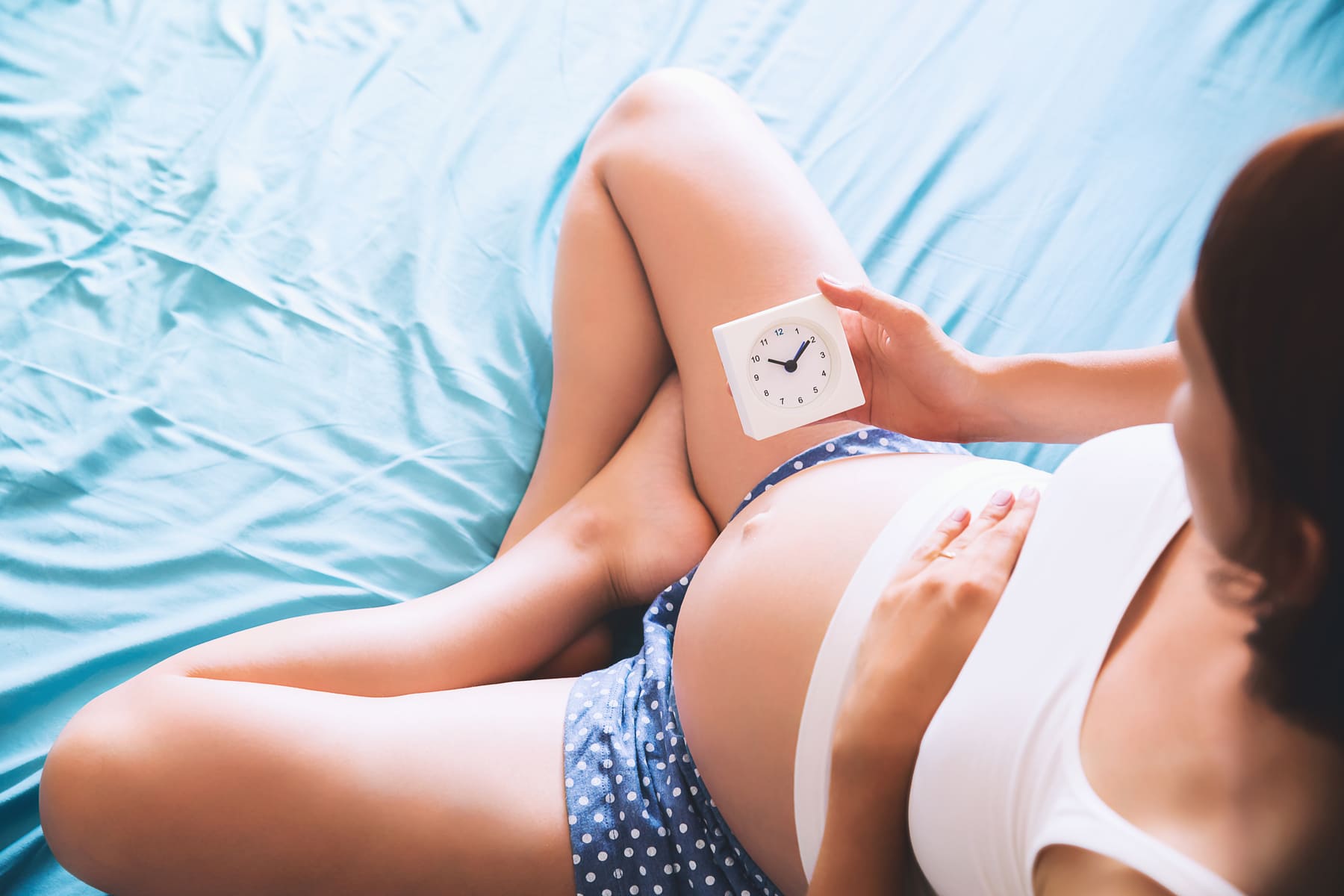 It’s no secret that there’s a lot of misinformation out there regarding pregnancy, childbirth, and postpartum. However, myths surrounding epidurals, labor, and delivery are some of the most rampant. That’s why I decided to compile some robust, scientifically-backed information for you about epidurals in this article.

There’s no universal “best time” to get an epidural. Each laboring mother will need an epidural at a different time during childbirth. Some women need it during early labor, while others won’t ask for it until much later in the process. There are usually no ill effects either way.

In the rest of this article, I’ll go over when epidurals are usually given and let you know up to what point of your labor you can safely get an epidural. I’ll also go over whether there’s a point at which it’s too late to receive an epidural and when you can get an epidural if you’re having induced labor.

At What Point Are Epidurals Usually Given? Is There a Best Time?

For the longest time, doctors tried to wait until the active stage of labor to give epidurals. While some would occasionally give them during early labor if a woman’s pain was too great, they disliked doing so because they thought it would prolong or stall the delivery. However, over the past several years, this attitude has changed.

Epidurals are usually given during the active stage of labor – that is, once dilation reaches 5 cm (1.97 in). However, there’s no best time for an epidural. Doctors can also give them during early labor or the transition phase if the birth isn’t imminent, and you can stay still long enough for one. (source: Utah Dept. of Health).

A 2014 study determined that the idea that epidurals could stall labor wasn’t true.

After conducting interviews and observations with over 15,000 women in nine separate research sessions, scientists, researchers, and doctors concluded that early labor epidurals had no different results from ones given during active labor or late-stage. (source: Cochrane Library).

In the time since the 2014 study, there have been many other studies that offer similar results. This has led doctors to reach a general consensus that epidurals can be safely administered at any point during the delivery process. There are only a few criteria that must be met to determine when it is safe to do so, including:

Many doctors still prefer to give epidurals when dilation is between 5 cm (1.97 in) and 7 cm (2.76 in), but the procedure is safe in most stages of labor.

The following chart outlines the different stages of labor and whether or not an epidural is possible during each phase.

How Early/Soon Can I Get an Epidural During Labor?

Many mothers-to-be get more and more nervous as their delivery dates approach, fearing they’ll have to remain in unbearable pain for hours before their doctors will administer epidurals for them. In most cases, this isn’t true at all.

Most doctors will administer epidurals during the early stages of labor for women whose pain levels are high enough to ask for one. As long as a woman is having contractions and has begun to dilate, epidurals are possible. However, some women may choose to wait until they’re closer to active labor.

Again, let me reiterate that there is no best or right time to ask for your epidural. As long as you are in labor and having enough pain to need one, most doctors will give you one.

However, you should remember that even though epidurals are safe for both you and your baby, they can have unpleasant side effects. These include:

These side effects are usually mild and not dangerous. Still, childbirth is painful and uncomfortable, and many women prefer to avoid epidural side effects until necessary. That’s why they still choose to wait until active labor to ask for an epidural.

When Is It “Too Late” To Have an Epidural?

According to UT Southwestern Medical Center’s “9 Myths about Epidurals – Debunked,” it’s almost never too late to get an epidural.

As long as your baby isn’t crowning and you aren’t going to give birth in the next ten to 20 minutes, you can get an epidural at any point. However, your blood pressure should be acceptable, and you should be able to remain calm and still for five to ten minutes. (source: UT Southwestern Medical Center).

In that same article, the author, Dr. Megan Maxwell, says that she and her team have given epidurals to women who are dilated to 10 cm (3.94 in). That’s a pretty late-stage epidural and shows you just how long you can go and still safely get one.

When Can You Get an Epidural During Induction (e.g. Pitocin)?

Many women have questions about epidurals and induced labor. Most know they can get epidurals if induced, but they aren’t sure which should come first.

Many doctors administer epidurals along with Pitocin or other drugs that induce labor.

Both options offer similar results. According to one France-based study, “There were no significant differences between the two groups [epidural before induction vs. epidural after induction] in the length of labor or mode of birth.” (source: National Collaborating Centre for Women’s and Children’s Health (UK)).

That indicates that the proper timing for an epidural is just a matter of personal preference and individual need, and this doesn’t change whether you’re going into labor naturally or need an induction.

In the end, you should talk to your doctor, OBGYN, or midwife and discuss these issues with them. Once you do so, you can use the information they give you along with your pain levels during labor and delivery to decide what’s right for you.

Hopefully, this article has given you plenty of good information about epidurals and when to get them once you go into labor. Just remember that every pregnancy is different, and there’s no right or wrong time to ask for an epidural if you need one.