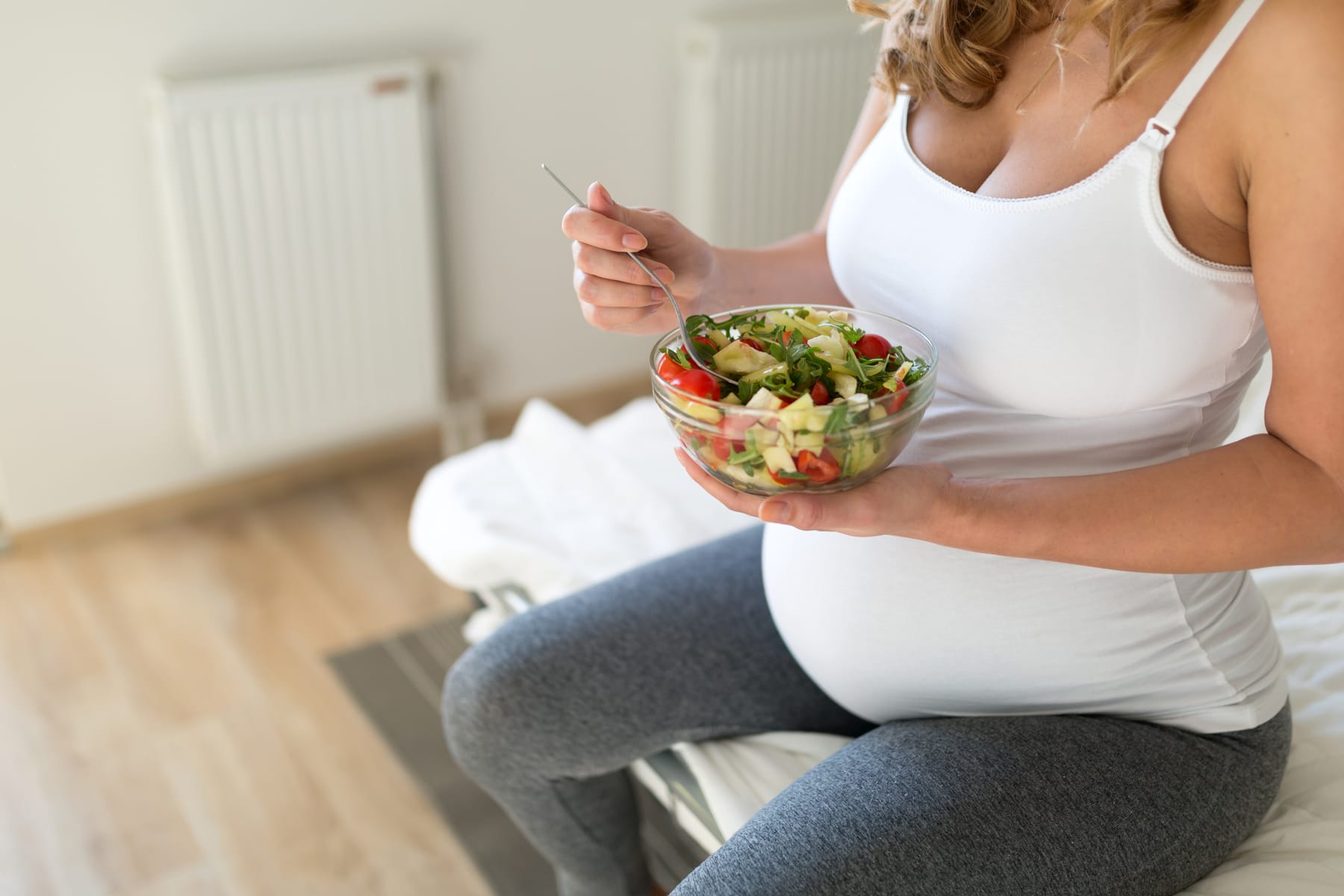 If you have recently learned that your doctor plans to induce labor to help you give birth, you probably have many questions. One of the more practical ones most women have is whether or not they should eat before their inductions.

In most cases, you can eat normally before your induction, although many doctors will advise you to eat mild foods that aren’t greasy, rich, or otherwise difficult to digest. Light meals are generally fine, and you will even be encouraged to eat during induction to keep up your strength and energy.

This article will give you more detail about when you should eat before your induction and what kinds of foods are best.

How Long Before Induction Should I Stop Eating?

Unless specifically instructed to do so by your doctor, you don’t have to stop eating before being induced. Most women are told to follow their usual routines pre-induction, though doctors advise that light, healthy food is better than greasy, hard-to-digest food (source: Michigan Medicine).

The Pregnancy and Childbirth Patient Education Information pamphlet from Michigan Medicine’s Obstetrics and Gynecology Women’s Health Program encourages women to eat normally both the day before and the day of their inductions.

It advises, “Eat breakfast, lunch, and a light dinner on the day of your induction, and keep yourself well hydrated.”

Most other doctors, nurses, and birth specialists agree. Since you don’t know for sure how soon after being induced your labor will commence, it’s best to be full and well hydrated. You may not get another chance to eat for a while.

However, there are some exceptions to this rule. For example, if your doctor suspects you may have to have a C-section, he’ll advise you not to eat for at least six to eight hours before the procedure.

As a C-section is much different than an induction, the rules for eating and drinking are also different (source: University of Rochester Medical Center).

What To Eat Before Induction – Can You Eat Anything?

You shouldn’t eat just anything before your induction. Your doctor will likely encourage you to eat normally. However, “eating normally” doesn’t mean chowing down on steaks, burritos, curry chicken, and triple chocolate cakes. You’ll want to keep your meals light, healthy, and easy to digest.

Some of the foods recommended as part of a pre-induction meal include the following:

Additionally, make sure to drink plenty of water, juices, or Gatorade products. It’s crucial that you stay as hydrated as possible.

You should also try to avoid foods that are greasy, spicy, rich, or overly indulgent.

Your body is going to be doing a lot of unusual stuff when it goes into labor. If you’re a first-time mom, it’s going to behave in a way you’ve never experienced. You don’t want to add a ton of complex, heavy food in there so that your digestive system has to work overtime while you’re trying to push out a baby.

However, if your induction wasn’t pre-planned and you found out about it last minute after eating a bunch of heavy, spicy foods, don’t panic.

Those kinds of foods aren’t going to make your induction fail or make labor super difficult for you. You may just be a bit more prone to stomach upset and nausea than you would have otherwise been.

What To Eat the Night Before Your Induction

The night before your induction, the same rules apply: Eat normally but don’t go with anything that could potentially upset your stomach or make it hard for you to digest your food.

Additionally, if you’re prone to vomiting anyway, you may want to eat foods that are bland and not going to make you even sicker if they come back up while you’re in labor. Picking foods that are high in protein and carbs but low in fat is also advisable.

According to Healthline, these are five of the best meals you can eat pre-labor:

*Note: Healthline also recommends a spoonful of salsa. However, I, personally, would advise against salsa unless it’s exceptionally mild. Spicy food won’t induce labor, but it may give you horrible heartburn.

Best Food To Eat the Morning of the Induction

The morning of your induction, you’ll want to keep your breakfast light but also heavy in carbs and protein so that you can be sated and ready to deliver. As with all the other meals, though, try to avoid overly greasy foods.

The eggs and oatmeal protein breakfast mentioned above would be a great option, as would any kind of toast or light sandwich. A bagel with cream cheese and veggies is another good idea.

Here are some other choices for light, protein- or carb-heavy breakfasts to eat before you’re induced:*

*Note: Some of these are doctor recommended, while others are meals that women I know had before they were induced and did well after eating.

Again, these are just suggestions. Always listen to what your doctor recommends. If s/he tells you to eat normally and actually means normally, then you’ll probably be fine with your traditional spread or a Hardee’s biscuit on the way to the hospital.

Just remember that no one knows your body as well as you and your doctor. You know the kinds of foods that make you sick and those that don’t sit well on your stomach. Avoid those, and lean more towards foods that are easy for you to eat.

Can You Eat During Induction? If So, What Food Should I Eat?

Although every induction is different, most women are allowed to go home after theirs. Sometimes it’s hours – even days – before your labor starts after you’ve been induced. Therefore, not being able to eat in that time frame would be incredibly difficult (sources: Hull University Teaching Hospitals & UC San Diego Health).

Unless otherwise instructed by your doctor, you can eat during an induction. Once they’ve been induced, most women can eat normally. However, the medicine used to induce labor is potent and can produce strong contractions, so some women suffer from upset stomachs after their inductions.

At the risk of sounding repetitive, you’ll want to eat mild, light, even bland foods that won’t be hard to digest and won’t make you sick or further exacerbate any upset stomach symptoms you may already have from the induction drugs.

Saltines are an excellent choice for snacking during your induction. Things that are considered high-energy foods are also a good idea.

For the most part, when you return home after your induction drugs are administered, you’ll go about your day as usual. Doctors recommend you eat, walk, shower, move around, entertain yourself in your standard ways, and try to keep your mind off the impending delivery (source: My Health Alberta).

As a reminder, this advice doesn’t apply if your doctor plans to perform a C-section after induction. As with any major surgery, you shouldn’t eat or drink for a certain number of hours beforehand.

If you came here wondering whether or not you’ll be able to eat before and during your induction, hopefully, this article has set your mind at ease. Unless your doctor has a medically sound reason for asking you not to eat, you should be able to keep to a semi-regular eating schedule throughout the entire induction process.