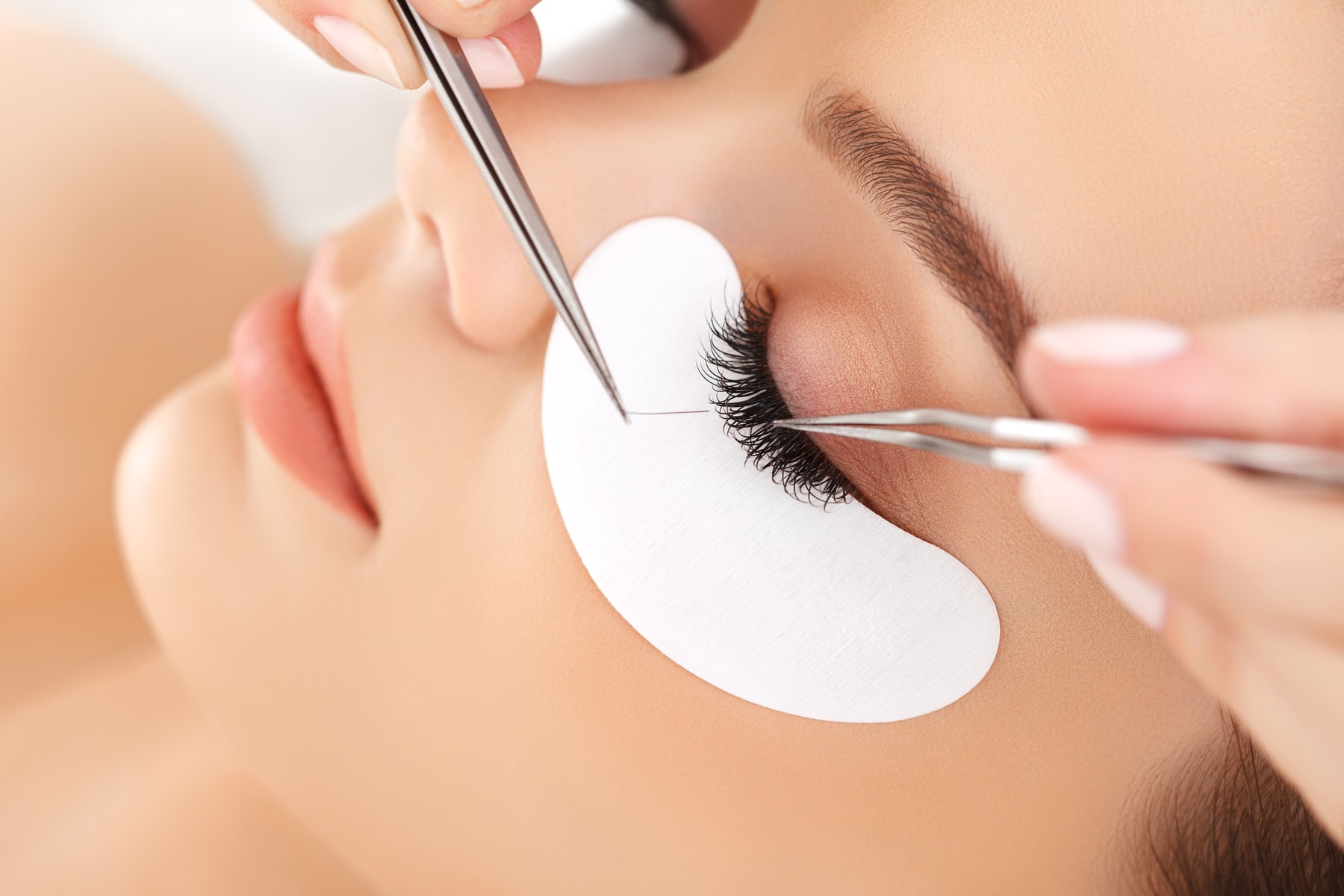 Perhaps unsurprisingly, there hasn’t been a ton of research conducted on the effects of getting eyelash extensions while you’re pregnant.

Because it’s a cosmetic rather than a health procedure, doctors haven’t researched it nearly as much as other things undertaken by pregnant women. But do we know anything about the process at all and whether or not it’s safe?

You may want to avoid getting eyelash extensions while you’re pregnant for the simple reason that it’s better to be safe than sorry. Because so little science exists concerning extension appointments and pregnancy, it’s impossible to know whether or not the process is genuinely safe.

This article will examine this issue in more detail, highlighting the primary considerations when getting eyelash extensions. Additionally, I’ll provide you with some salons that claim the process is safe – and their reasons for making these claims – and others that advise you to wait until after giving birth.

Hopefully, this will help you decide whether you want to follow through with your appointment.

Can You Get Eyelash Extensions While Pregnant?

There are three main considerations concerning eyelash extension appointments during pregnancy. These include:

Unfortunately, there is very little evidence on any of these factors that would tell you definitively whether it is safe or unsafe. For that reason, most doctors recommend that you err on the side of caution.

You can get eyelash extensions while you’re pregnant, but that doesn’t mean you should. We don’t know enough about the effects the chemicals have on fetuses, and you shouldn’t lie on your back for an extended period during the procedure. Additionally, allergic reactions could be harder to treat.

We’ll look at each of these contributing factors a bit more closely in the following sections.

Chemicals Used in the Adhesive Glue

Of the two chemical components, formaldehyde is the most worrisome, as it has links to the following issues:

These effects usually are only seen in women who’ve had extensive exposure to the pollutant, however.

But why take the risk when it’s not necessary?

Icahn School of Medicine created that particular pamphlet for women who work in nail salons and need to keep their jobs while they’re pregnant.

Those women have little choice but to expose themselves to the chemicals their job requires them to use, and even so, the pamphlet recommends that they exercise extreme caution in their day-to-day activities.

So, if you don’t have to expose yourself to the chemicals, it would be better if you didn’t.

The Risk of an Allergic Reaction

However, even they advise against getting your first eyelash extension appointment while pregnant. They maintain that women who’ve had the procedure done before with no adverse reactions can safely do it while pregnant.

That said, when it comes to first-timers, they agree that the risk of having an allergic reaction – though small – outweighs the benefits of keeping the appointment (source: The Lash Spa).

That isn’t because the likelihood of allergic reactions is any higher for pregnant women.

Women who have had the procedure before already know that they aren’t allergic to technicians’ gloves or any chemicals in the glue. However, women who have never gotten lash extensions don’t know how their bodies will react, and pregnancy isn’t the best time to find out.

Finally, treating any allergic reaction that occurs is more problematic if the woman is pregnant. Many commonly administered drugs are unsuitable for use with pregnant women. For example, even EpiPens should only be employed in extreme situations when “the potential benefit justifies the potential risk to the fetus” (source: EpiPen).

Furthermore, if allergic reactions get too bad or aren’t treated properly, they can lead to infections and other, more severe problems that could negatively impact your developing baby.

Momi Lash, a popular salon in Vietnam, advises pregnant women not to undergo lash extension procedures while they’re pregnant. On their website, they bring up an excellent point: Your body undergoes many changes during pregnancy.

These changes can leave you more sensitive and prone to allergic reactions than you would generally be. For that reason, they urge pregnant women not to risk it and wait until after giving birth to come in for an appointment.

A Word of Advice: If you plan on following through with your lash extensions, insist that the technician do a patch test on you beforehand to gauge your body’s reaction to the eyelash adhesive.

You’ll want to do this several days before your actual appointment, as these allergic reactions can take a while to develop (source: Mayo Clinic).

Should I Avoid Lying on My Back for a Lash Extension During Pregnancy?

Momi Lash also discourages pregnant women from getting eyelash extensions because of how long it takes to complete the process.

An eyelash extension appointment can take up to two hours, and you’ll have to lie on your back the entire time. Not only can this be dangerous, but it’s also just plain uncomfortable for many pregnant women, especially if they’re farther along in their terms (source: BL Lashes).

If you choose to keep your eyelash extension appointment while pregnant, you shouldn’t lie on your back continuously for the whole process. Ask the technician to give you frequent breaks so that you can get up, stretch, and walk around often.

Not lying on your back is especially important the farther along in your pregnancy you are. Even the salons that support eyelash extensions for pregnant women recommend not having them done after the 20-week mark (the second trimester). The process becomes too uncomfortable and potentially dangerous at that point.

Doctors recommend that you don’t sleep on your back during your last two trimesters because doing so can cause your uterus to press down on your inferior vena cava, reducing blood flow to the heart and your fetus (source: Cleveland Clinic).

You don’t have to be sleeping for this issue to occur; the same thing can happen if you’re lying on your back too long for a lash appointment. So, if you’re going to get eyelash extensions, be sure to get them during your first trimester while you’re still relatively “normal” sized.

If you live by the “better safe than sorry” motto that most pregnant women seem to adhere to – and rightfully so! – then, you may want to postpone your eyelash extension appointment until after you’ve given birth. Hopefully, this article has given you enough valuable information to make an informed decision either way.