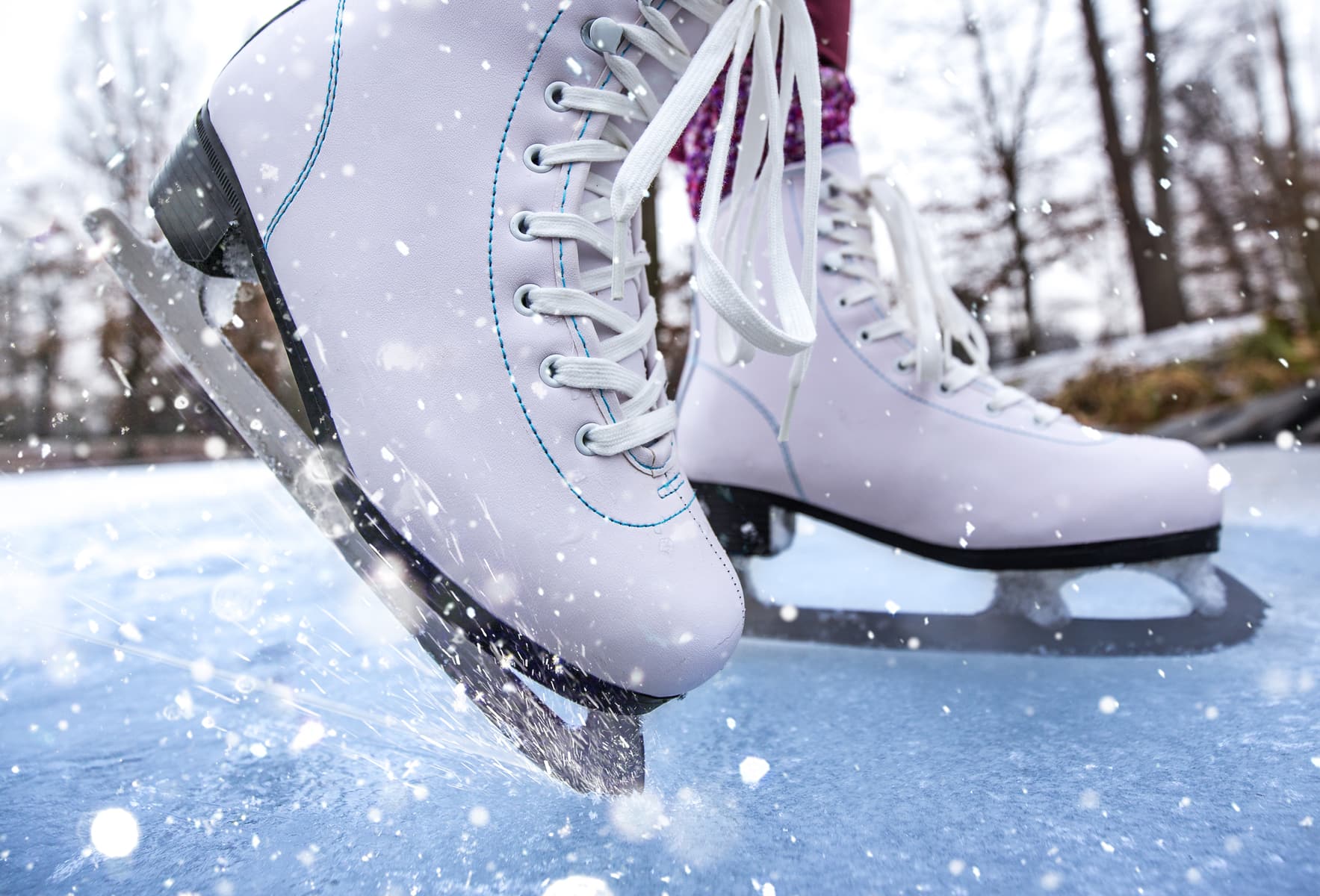 There are certain things that you’ll need to scale back on or give up entirely while you’re pregnant, but with the exception of full-contact sports like football or rugby, physical activities aren’t one of them. But what about potentially dangerous sports like ice skating? Are those activities safe?

Ice skating is somewhat safe for pregnant women as long as they are already comfortable ice skating. Women who haven’t ice skated before getting pregnant should not start until after they have their babies. Mid-pregnancy is not a great time to start any new and potentially dangerous hobbies.

Even so, there is always the potential for falls, crashes, and other accidents, so just because you can ice skate doesn’t mean you should. In this article, I’ll give you more details on ice skating, when it’s safe, when it’s not, and other similar subjects. Keep reading to find out more.

Can I Ice Skate While Pregnant? How Safe Is It?

You can ice skate while pregnant if you’re already a decent ice skater. However, no matter how good of a skater you are, you may still fall, twist your ankles, or hurt yourself or your baby in some other way. You’ll minimize your risk by refraining from ice skating until after your baby is born.

In a University of Utah Health interview, Dr. Amy Sullivan puts it as simply as possible:

“I tell people that, you know, if you’re comfortable with it and it’s kind of second nature, it’s okay. You know, just use your judgment. Someone would say to me, “Can I ice-skate?” Now, I, of course, am not an ice-skater and, like you with skiing, I would say, “No, no.” So it’s all . . . use your judgment” (Source: University of Utah Health).

An article in The Roanoke Times even comments on how often pregnant women perform rigorous forms of exercise, such as jogging, swimming, cycling, and even ice skating (Source: The Roanoke Times).

However, stop and think before you decide to pull on your skates and hit the ice. As with anything physical, there are always risks involved, and when you’re pregnant, these risks aren’t just to yourself – you’re also putting your growing baby in harm’s way.

Here are some of the most common traumatic risks associated with ice skating:

There are also common “overuse” injuries:

All of these injuries will cause pain and stress to you, the mother. That pain and stress can result in potential harm to your baby. However, falls and other accidents on the ice could potentially harm your baby directly, as well.

This is especially problematic if you fall directly onto your stomach, crash into something head-on, or land hard enough to lead to placental abruption (Source: UC San Diego Health).

Additionally, if you’re ice skating outside, the temperatures will be very low – low enough to keep the ice frozen. Being out in that kind of cold isn’t a great idea when you’re pregnant and could lead to illness, which could negatively affect your baby.

Can I Ice Skate in the First Trimester?

Skating during the first trimester is generally safer than skating later on in your pregnancy. However, it’s still better to avoid skating at all until after your baby is born.

Most of the serious risks associated with ice skating involve the potential falls and resulting trauma to your stomach. The further along you are in your pregnancy, the larger you’ll be and the less control you’ll have over your balance and coordination.

For that reason, you really shouldn’t skate late in your pregnancy. However, during your first trimester, your body should still be pretty “normal” as far as your size goes. Therefore, if you’re going to skate, it’s better to do it early in your pregnancy when you’re still relatively coordinated and can balance reasonably well.

However, I want to reiterate that once you find out you’re pregnant, it’s best if you refrain from skating – ice skating and rollerblading, alike – altogether until after your baby is born. It just makes things safer and less risky all around.

Plus, if you wait until your baby grows a bit older, it’s something the two of you can learn to do together!

If you’re an avid ice skater, I hope this has helped you make an informed decision about whether or not you should pursue your hobby while you’re expecting. Just remember always to do what’s best for you and your baby, and you’ll be just fine.