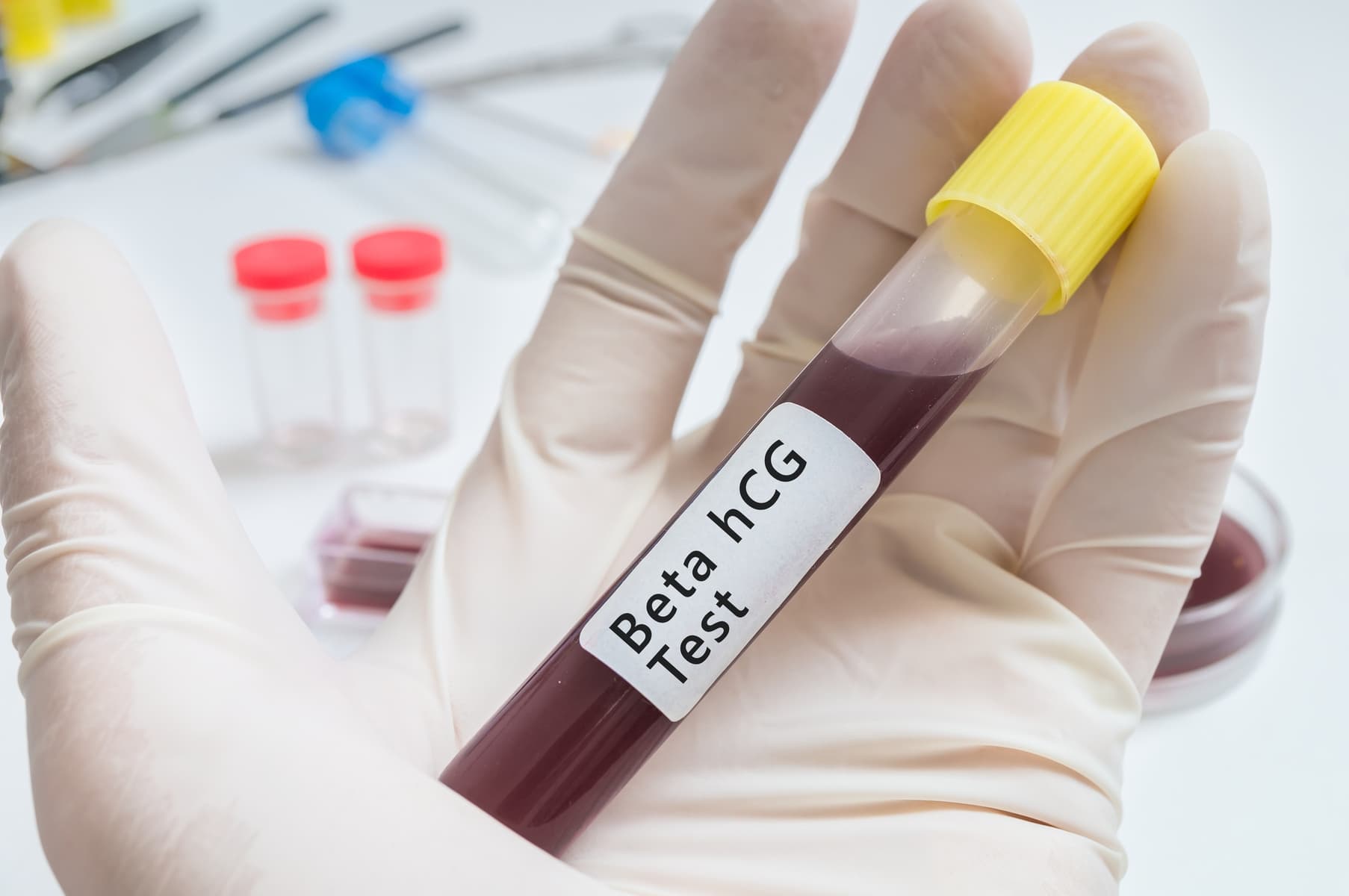 There are all kinds of expenses related to pregnancy, childbirth, and raising children – it’s, essentially, a lifelong commitment. However, one of the costs prospective parents sometimes overlook is the cost of a pregnancy test.

The cost of a pregnancy test will differ depending on a number of factors, including whether you purchase an at-home kit or go to the doctor, the brand of the pregnancy test, how soon it can accurately predict your pregnancy, and so on. Some are as cheap as a dollar, while others cost more.

In this article, I’ll break pregnancy tests down into doctor and hospital tests versus tests you buy at the store and bring home. We’ll also discuss the different types of pregnancy tests (that is, blood versus urine) and a few other pregnancy test-related facts. Let’s get started!

These days, you can pick up a home pregnancy test practically anywhere. All major mass merchandisers, including Walmart and Target, sell them, and even grocery stores and gas stations usually have a few from which you can choose.

Some of these tests cost as little as a dollar, and because the FDA regulates the sale of pregnancy tests, each one should be just as accurate as any other (source: United States Food and Drug Administration).

However, if you want the most reliable test available, you’ll want to head to a medical professional’s office. Doctors and other professionals sometimes use name-brand pregnancy tests (ClearBlue, First Response, and so on) to test prospective mothers in their offices. More often, however, they use blood tests to confirm a pregnancy.

While urine-based, at-home pregnancy tests are usually between 98% and 99% effective when used correctly, a blood test is the most accurate way to find out for sure if you’re pregnant. That’s because they’re more accurate and can detect lower hCG (human chorionic gonadotropin) levels in the blood.

There are two main types of pregnancy blood tests:

But what does this kind of test cost?

How Much Does a Pregnancy Blood Test Cost at the Doctor?

The cost of getting a blood test at the doctor will depend on where you live, your doctor’s rates, your insurance coverage, and other similar factors. Many states extend their Medicaid program for pregnant women, so services like this may be free of charge for you (source: HealthCare.gov).

If your insurance doesn’t cover the cost of pregnancy tests, call your doctor and ask them how much it’ll be. In many cases, it’ll be no more than the cost of your copay.

How Much Does Pregnancy Genetic Testing Cost?

Anytime you’re discussing the cost of things, there will be discrepancies between brands, providers, states, and so on.

According to the info page on the California Prenatal Screening website, pregnancy genetic testing can cost between $100 and $1,000. Luckily, insurance covers this kind of testing in most states because it helps rule out any problems or health issues early on in a woman’s pregnancy (source: UCDavis Health).

Insurance can help cut down considerably on the costs of many routine tests and procedures for pregnant women.

How Much Is a Pregnancy Test at Planned Parenthood?

How Much Does a Blood Pregnancy Test Cost Without Insurance?

Without health insurance, the cheapest way to get a pregnancy test is to buy an at-home one. However, you can still visit a local doctor, clinic, or Planned Parenthood facility for a professional blood test. Prices range from free (at free clinics) to $100 or so at high-end doctor’s offices.

If price is a concern, call around to doctors and clinics in your area. They should be able to give you at least an approximate cost over the phone, allowing you to find a test that fits your budget.

Also, do a Google search for free or income-based clinics in your area. Almost every city/county has at least one government-funded clinic that charges people on a sliding scale based on their income and household size (source: FreeClinics.com).

Luckily, the accuracy of at-home tests has improved over the last several decades. They work so well that most women don’t need a doctor’s pregnancy test to feel confident in the results. It’s always best to confirm a pregnancy with your doctor, of course, but that doesn’t necessarily have to be your starting point.

When it comes to buying an accurate pregnancy test, you have plenty of options. However, if you’re purchasing an at-home test, you’re pretty much limited to urine tests (instead of blood tests).

Even so, when used correctly, these tests have a 98%-99% success rate, so you should be able to determine whether you’re pregnant or not.

How Much Do Pregnancy Tests Cost at Dollar General or Family Dollar?

The prices of pregnancy tests at Dollar General or Family Dollar differ depending on which brand you purchase. However, the general price range is usually between a dollar and ten dollars. The Dollar Tree sells them for a dollar.

You should easily be able to find a test to fit your budget at one of your local dollar stores. By the way, if you’re wondering if the price affects the quality, you should read our article on whether cheap pregnancy tests are accurate or not.

How Much Do Pregnancy Tests Usually Cost at CVS or Walgreens?

Purchasing a pregnancy test from a pharmacy usually costs a little more than buying them from local dollar stores or mass merchandisers like Walmart. The typical range at CVS and Walgreens is usually between six and twenty dollars. Occasionally, you can also find dollar tests in these stores.

The better-known the brand, the higher the cost usually is. For example, pregnancy tests made by First Response or ClearBlue will likely cost about double what an off-brand or store-specific pregnancy test brand will set you back by.

Features like digital read-outs and shortened wait times may also increase the price of pregnancy tests, no matter whether you buy them at Walmart, a pharmacy, or the gas station near your house.

How Much Does the ClearBlue Pregnancy Test Usually Cost?

The price for a ClearBlue pregnancy test will differ depending on where you buy it (Amazon, Walmart, Target, and so on) and which specific type you buy (Early Detection, Rapid Detection, and so on). Overall, however, the tests are very affordable and are rarely over twenty dollars.

In addition to selling reasonably priced pregnancy tests for all your needs, ClearBlue also sells multi-packs of pregnancy tests, which are excellent for confirming the initial result.

Overall, pregnancy tests are usually easy to find within your budget, no matter what that may be, which is why many people like to keep a few at home when they are trying to conceive. You might also wonder – do cheap pregnancy tests really work?