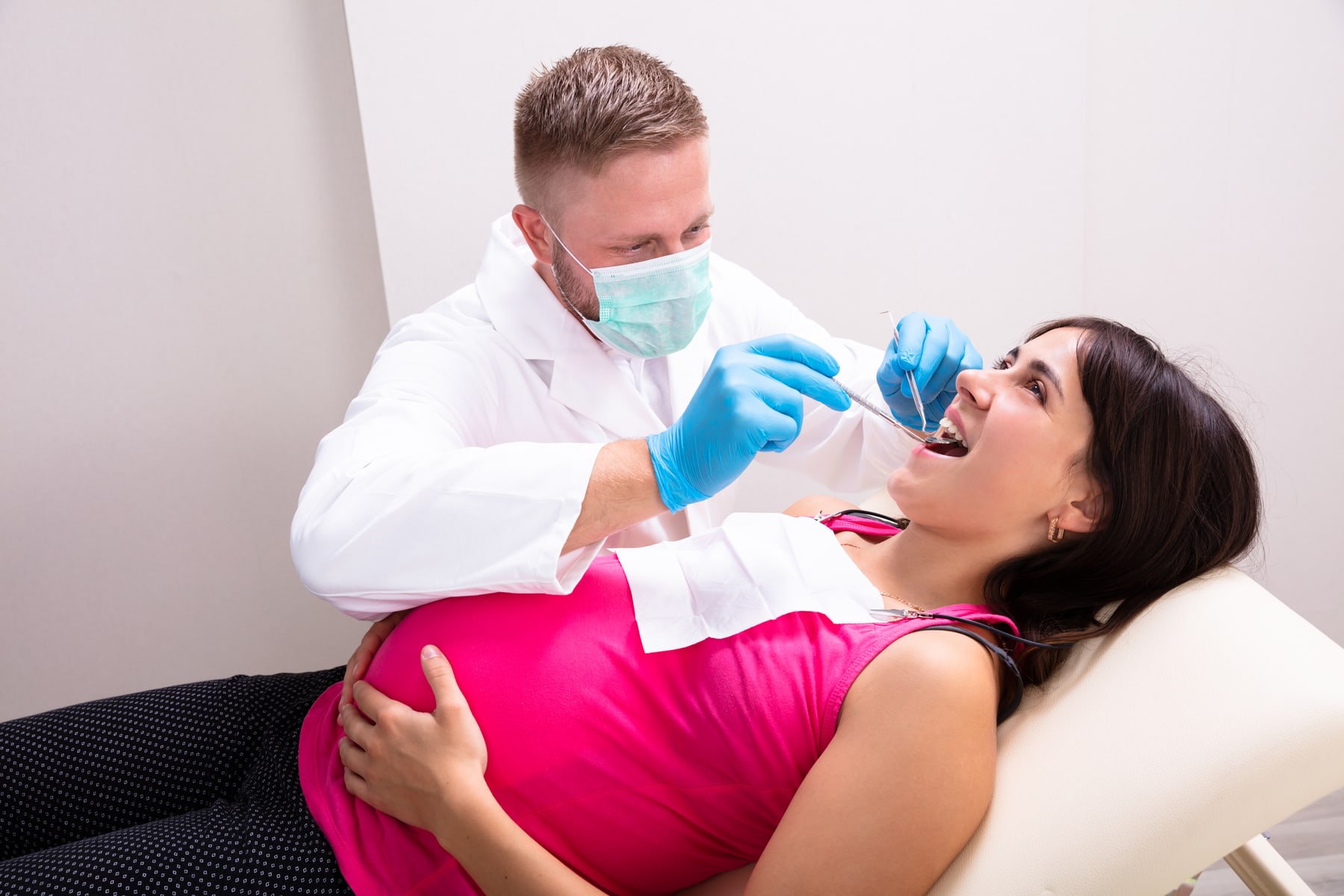 Sometimes, pain and illness come at the most inopportune time, such as when you’re pregnant.

Being pregnant is hard enough without adding sickness, complications, and unrelated pain into the mix, especially when you’re not sure if you can do anything about it. Take a much-needed root canal, for instance – are those even safe while you’re pregnant?

Root canals are safe for pregnant women. While most professionals agree that pregnant women should avoid elective dental procedures, necessary procedures are safe and should be addressed if possible. However, the ADA does not recommend performing root canals in the first or third trimesters.

In this article, I’ll give you more information about getting a root canal while you’re pregnant, why you might want to avoid it if you’re in specific trimesters, and a few other essential things you might need to know. Keep reading to find out more.

Can You Get Root Canal Treatment When Pregnant?

As long as you have a normal, healthy pregnancy, you can get a root canal and many other forms of endodontic treatment while pregnant. The limited risks are less of a danger than the issues that could arise from the stress and pain caused by untreated dental problems. (Source: North Shore and Brookline Endodontics)

One 2015 study states unequivocally that “Dental treatment, including endodontic treatment, has been certified safe in pregnancy.”

The study cites no reports of adverse reactions from pregnant women undergoing endodontic procedures. However, it goes on to say that the best time to perform such treatment is in the second trimester. (Source: NCBI). We’ll discuss why later in this article.

But if root canals are so safe during pregnancy, why are so many expectant moms hesitant to get them done?

Well, for many women, it’s the same reason that non-pregnant people have for delaying treatment: root canals are scary! They don’t have to be, though, especially not with modern dental equipment and procedures. (Source: Newport Smiles)

Aside from that, pregnant women also worry about the x-rays, the medications the dentist might prescribe, and other similar factors. Let’s look at some of those now.

One of the biggest concerns expectant moms have about getting root canals while pregnant are the x-rays. They are concerned about how exposure to x-ray technology may affect their developing babies.

Luckily, dental x-rays are generally safe for pregnant women. There is minimal risk to your baby because of where the x-ray is focused (the face and mouth area). Even so, you’ll want to make sure your dentist knows that you’re pregnant, as there are special precautions he’ll need to take. (Source: Humana)

The most common precaution includes having you wear thyroid shields and a specially designed apron over your abdomen to help block your baby from exposure (Source: Mayo Clinic).

The timing of your pregnancy (how far along you are) may also play a role in when your dentist schedules your x-rays and procedures. Therefore, be sure to tell him your conception date and expected delivery date so that he or she can plan things accordingly.

Timing – Can I Have a Root Canal in the 3rd Trimester?

You shouldn’t have a root canal in your third trimester unless absolutely unavoidable. Mothers seven months along are encouraged to wait until after their babies are born, and mothers eight months along (or further) will usually be denied treatment until after giving birth. (Source: Finest Dentistry)

After talking to dentists and doing a thorough search of dental websites online, it seems that most of them are all in agreement – eighth-month root canals are just too risky. Most dentists won’t perform them, and they recommend that you postpone all third-trimester root canals unless strictly necessary.

There are several reasons for this, including:

Additionally, the same dentists and dental websites don’t like to do root canals during a woman’s first trimester. During the first trimester, you are at the greatest risk of miscarriage, and it’s much easier to damage the growing baby at that early stage. (Source: Healthline)

For that reason – and out of an overabundance of caution – dentists prefer not to give x-rays to women in their first trimesters.

The same is true of administering medication and prescribing them follow-up painkillers. That’s why nearly every professional and professional journal on the subject agrees that the second trimester is the best time for root canals.

According to the same 2015 Nigerian Medical Journal study cited above, “Local anesthetics are relatively safe when administered properly and in the correct amount during pregnancy.”

The article goes on to say that the most common drug used for this purpose is also used in epidurals for labor and delivery. That means medications administered before the procedure are safe.

But what about medications prescribed in case of complications during or after a root canal procedure?

One 2016 article lists the common complications of root canals as including:

The result of most of these problems is infection.

Fortunately, the ADA also approved both penicillin and amoxicillin as safe antibiotics for pregnant women to help minimize the risk of infection after the procedure.

That just leaves us with pain management medication, and that gets a bit trickier. While modern root canals are relatively pain-free, people may feel discomfort during the healing stage. However, there are some painkillers pregnant women cannot use, including:

That said, there are other drugs expectant moms can use to help control any post-root canal discomfort, as long as they use them in small doses and speak to their doctors before taking anything. These usually include:

Again, every pregnancy is different, and every mom-to-be’s needs are unique. You should always speak to your OBGYN and your dentist before proceeding with a root canal or with root canal aftercare for your and your baby’s safety.

Some states’ pregnancy-related Medicaid will cover root canals and other similar dental procedures for women who qualify. However, this is not the case in all states. In Alabama, for example, Medicaid does not cover dental services for adults. (Source: Dental Billing)

For expectant mothers under the age of 21, the rules can vary slightly, and they’re usually in favor of providing dental procedures. Either way, this is something you’ll want to check out specific to your state. You can call the state Medicaid office or talk to your dentist’s billing clerk (Source: Alabama Medicaid).

They should be able to give you accurate information on which procedures are covered and which ones aren’t.

If you’re in pain and contemplating whether or not you should undergo endodontic treatment, such as a root canal, I hope this article has helped you make up your mind. Just be sure your dentist and gynecologist are on the same page about your course of treatment, and everything should be fine.