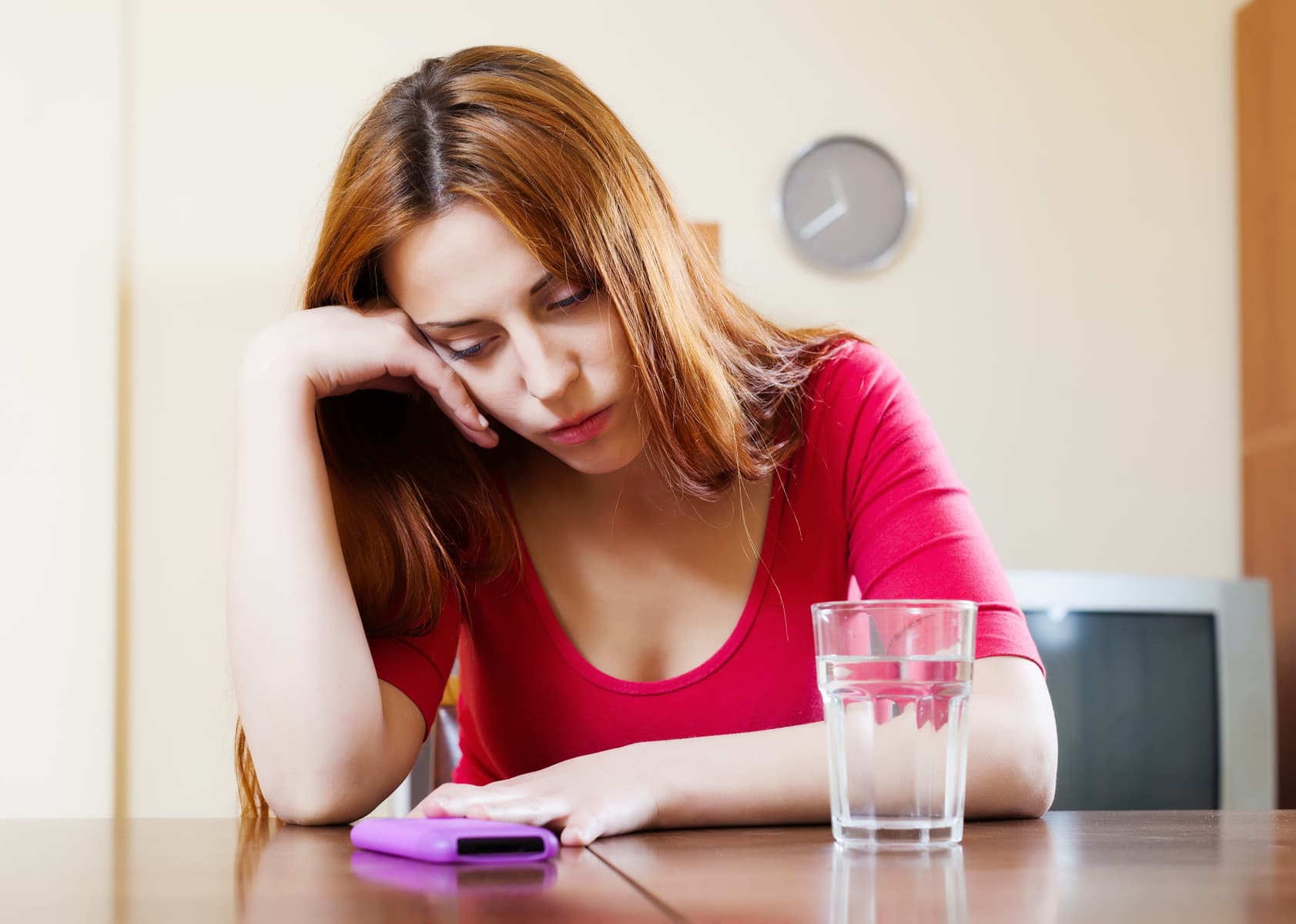 Most women have experienced the stains and embarrassment of getting their periods and not being ready for them. That’s why we’re usually so careful to keep track of our cycles and make sure we’re prepared if there’s even a chance it might be time.

However, knowing when your period is returning after having a baby can be more challenging.

Luckily, there are seven signs to look for that can let you know your period is returning postpartum:

In this article, we’ll look at each of these signs in more detail. We’ll cover what they feel like, what to expect from them, and more. Keep reading for more information.

Signs Your Period Is Coming Back After Baby Is Born

Most women who aren’t regularly breastfeeding resume menstruating six to eight weeks after giving birth. While there are exceptions, of course, this is a general timeline that will at least give you an idea of when you may be able to expect your period (Source: Obstetrics and Gynecology).

Most of the time, mothers who breastfeed their babies definitely won’t get their periods until a month or two after they stop breastfeeding. However, about a fifth of these women resume menstruating about six months after giving birth (Sources: National Health Service & Cleveland Clinic).

Here are some signs you should look out for that will indicate that your period is resuming:

1. A Decrease in Milk Production

One of the most common indications that your period is returning is decreased breast milk (Source: La Leche League International).

As I’ve already mentioned, most women who fully breastfeed their babies will go longer without getting their periods than women who partially breastfeed or don’t breastfeed. That’s because breast milk production directly relates to the menstrual cycle (Source: The New York Academy of Sciences).

The sooner you stop breastfeeding, the sooner your period will return. Conversely, if you notice a marked decrease in breast milk production that no other factors can explain, then your period probably isn’t far behind.

While writing this article, all but one of the mothers I spoke to agreed that they saw a decrease in milk production before their first postpartum period.

Any woman who has had a period can tell you at least a few of the symptoms of premenstrual syndrome (PMS). Some of the most common include:

For many women, though, these symptoms intensify after childbirth, or at least for the first period postpartum. This is especially true of the cramping and pain, although some women, like Tera W., also complained of severe acne breakouts and other more unusual PMS symptoms.

If you suddenly start cramping or experience other PMS symptoms several weeks/months after giving birth, chances are your period is returning (Sources: VeryWellFamily, MayoClinic, & St. Mary’s College of California).

3. Breast Tenderness That Is Not Due to Breastfeeding

Breast tenderness is another symptom of PMS, and many women claim the breast tenderness they experience is the most severe when they first resume menstruating postpartum. That’s why I decided to give it a section of its own.

Breast pain and tenderness caused by your monthly cycle is called cyclic mastalgia. It usually affects the outer and upper parts of the breast, and for some women, it can be intense, especially right before their first postpartum periods.

This may or may not be because your breasts are already sore from breastfeeding. However, there are proven links between higher lactation rates and more painful and frequent cyclic mastalgia (Source: Karger Breast Care).

So if you notice that your breasts are more painful and sensitive than usual, you might want to slip a few sanitary products in your purse because your monthly cycle may be on its way.

4. A Baby That Doesn’t Want To Nurse

A fussy baby may sound like an odd sign of your returning period, but there’s plenty of scientific evidence to back it up! (And thousands of moms who will tell you that it happened to them.)

Studies show that menstruating makes breast milk taste different. Just as your menstrual cycle affects your hormones, so too does it affect the hormones in your breast milk.

Additionally, the amount of sodium and chlorine found in breast milk is significantly higher in a woman who’s on her period (Source: The Journal of Physiology).

Therefore, it makes sense that your baby might be fussy and unwilling to nurse if your body is releasing hormones in preparation for your period. If someone dumped a shaker of salt into your tall glass of milk, you might not be so thrilled about drinking it either.

Mothers who’ve recently given birth have all kinds of hormones, feelings, and emotions running through them all the time. That’s why so many women suffer from postpartum depression.

As we already know, one of the symptoms of PMS is anxiety. Mood swings, irritability, and irrational anger are also common.

Understandably, women already vulnerable to frequent emotional outbursts will become even more so when PMS starts creeping up on them once more (Source: Pakistan Journal of Medical Sciences).

That means you don’t have to worry if you suddenly start feeling even more emotional, angry, or depressed than usual. You likely aren’t “going crazy,” even though it may feel like it. Your period is probably resuming, and it’s compounding all the hair-trigger emotions you already feel, making you quick to cry or become angry or irritable.

Although headaches are a frequent symptom of PMS, there isn’t a lot of science proving a relationship between extremely painful – almost migraine-level – headaches and the return of your period postpartum. This one is more anecdotal.

However, enough women have complained of these skull-splitting headaches a few days before getting their first postpartum period that there’s probably something to it.

Chrissie M., a registered nurse specializing in prenatal care, says that of all the patients she’s treated in her lengthy, 25+ years career, about 60%-70% of them complain of terrible headaches when their period is about to resume.

What’s more, she says that a large chunk of those women insist they never had a problem with PMS headaches before giving birth.

7. An Unexplained Heaviness in the Lower Abdomen

And that brings us to our last and most elusive symptom. Because it’s hard to pin down and define, there isn’t much science to back it up either.

However, several women, especially those who have given birth more than once, claim they feel a strange heaviness in their lower abdomens/pubic areas.

Chrissie M. explains that she sees this symptom most often in mothers who have three or more children and/or have suffered from uterine prolapse. Occasionally, mothers with only one child and no uterine problems will describe the same sensation, but it’s much rarer in them (Source: Johns Hopkins Medicine).

A friend of mine who’s experienced this issue, Tracy H., describes it like this:

“It’s a strange feeling. It isn’t painful, and it doesn’t feel like an impending bowel movement; instead, it feels like you have something heavy sitting on your ovaries or lower belly, trying to push its way out of you. It feels like something is weighing you down from the inside.”

So, if you’re wondering if your period could be returning, be on the lookout for that odd, hard-to-explain feeling, as well.

Although there’s no way to know exactly when your period will return postpartum, I hope these seven signs will give you an idea of what to look out for and when it’s time to prepare for your period once more.