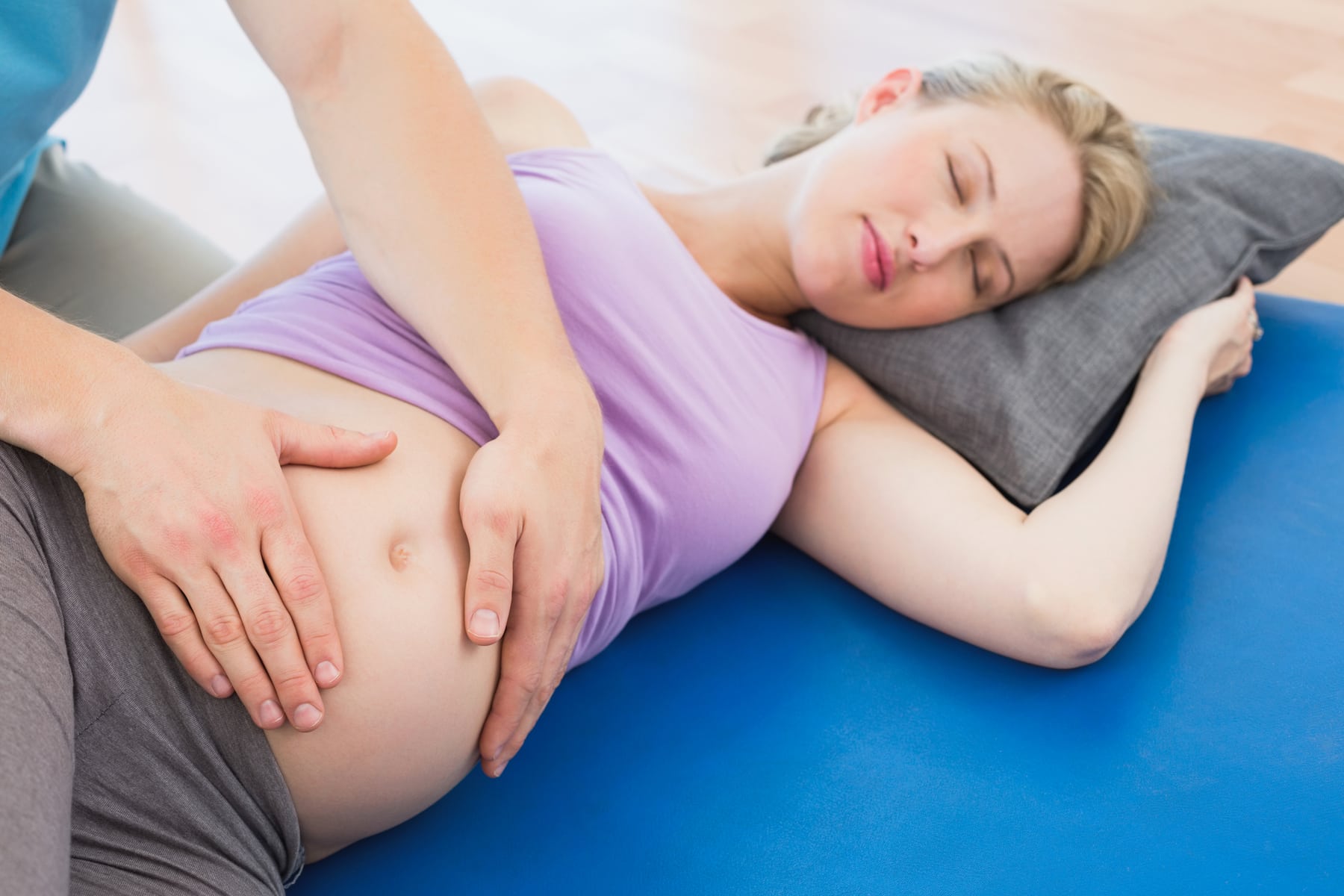 Any mom who has made it up to or past her predicted due date can tell you: Waiting to go into labor is the worst. You’ve done everything right, made it to the end, and now you just want to meet your baby! Luckily, there are a few things you can do that might help jumpstart your labor naturally.

Of these 11 methods, some have scientific evidence to back them up, while others are ones that moms “swear by.” Let’s take a look at each one in a bit more detail. Hopefully, one of them will work for you!

Before we jump into the different ways you might be able to induce labor, I want to state for the record that letting the process start naturally is best.

As an article in the JOGNN states: “Spontaneous onset of term labor signifies the fetus’ readiness to be born as well as the mother’s physiological receptiveness to the process (source: Journal of Obstetric, Gynecologic, & Neonatal Nursing).

Allowing childbirth to start and progress naturally is most often the safest course. So again, I urge you to wait and let things happen in their own time. However, if you’re at 39 weeks or further along and just can’t wait anymore, here are a few natural induction methods you can try.

*Note: Regarding the higher rate of C-sections for induced labor: There is contradictory information about this. Some doctors and professionals insist that inducing at 39 weeks can reduce the need for a C-section (source: The New England Journal of Medicine).

11 Ways To Go Into Labor Tonight

First and foremost, I’m not a magician, nor am I a psychic. I can’t guarantee any of these methods will work. Some babies just aren’t ready to come out, and no matter how hard you try to make them, they won’t budge.

However, I’ll give you some options. I’ll also let you know which have scientific proof and which are backed up by more anecdotal claims.

If all else fails, you can always seek out a hurricane and see if that will help.
(I’m joking! Don’t do that!)
The idea that hurricanes cause labor has been disproven as fiction anyway (source: Texas A&M Health).

Now, let’s see if we can jumpstart that labor and help you meet your baby!

“Get up and move around!” is probably one of the most common pieces of advice given to pregnant women trying to induce labor. However, despite what you may think, there’s not much scientific evidence to back this up.

On the contrary, Jonathan Schaffir, clinical assistant professor of obstetrics and gynecology at Ohio State, claims that exercising right before the due date can actually harm an expectant mother if she’s spent the rest of her pregnancy being largely sedentary (source: Ohio State News).

However, as an anecdotal suggestion, most women tend to agree that light movement – gentle dancing, slow curb walking, etc. – can help get the baby into the proper position and induce labor in some women.

Although the Miles Circuit isn’t scientifically proven, many women who have used it have seen stellar results.

Basically, the Miles Circuit is something like pregnant yoga – a series of three specific body positions that may get your baby into the correct position for giving birth.

Here are the steps you should follow. Keep in mind that these should be done step-by-step:

The goal of the Miles Circuit is to get your baby into the Left Occiput Anterior position. Hopefully, it works, and your baby will decide it’s time to come out and meet the world (source: Mommy Labor Nurse).

The jury is still out on whether this one is scientifically sound or simply an old wives’ tale.

On the one hand, several studies, including one widely cited one from Cochrane, found “no meaningful conclusions” concerning sex and labor, ultimately claiming that “the role of sexual intercourse as a method of induction of labor is uncertain” (source: Cochrane Library).

However, a more recent 2015 study concluded that “sexual activity in [the] last week of pregnancy might be associated with the onset of labor” (source: Iranian Red Crescent Medical Journal).

Certain activities associated with sex lead to the production of oxytocin, which can help stimulate contractions. Additionally, semen contains prostaglandins, which help ripen the cervix and prepare it for giving birth.

Love them or hate them, there’s no denying that dates are beneficial to the labor and delivery process, and one of those benefits is that they can help induce labor! (Source: Pregnancy Food Checker).

Other benefits of date consumption include better cervical dilation and shorter labor times, particularly during the first stage of labor (source: Iranian Journal of Nursing and Midwifery Research).

This particular method is both “an old wives’ tale” and somewhat backed up by science. There is plenty of scientific evidence available showing the benefits of drinking red raspberry leaf tea during the third trimester and up until you give birth.

Doing so helps tone the uterus and get it ready for giving birth. It also helps shorten the overall length of labor, including the active pushing stage. Additionally, it helps decrease the risk of a C-section (source: European Medicines Agency).

However, there’s nothing in any of these reports about red raspberry leaf tea-inducing labor. That said, expectant mothers have been using it for centuries for just that reason, and dozens of women I know swear that it worked for them.

So give it a try – even if it doesn’t jumpstart your labor, it’ll still provide you with plenty of great benefits.

As you can probably guess from the name, this one is largely anecdotal.

According to Mommy Labor Nurse, the ingredients for Midwives Brew are:

You should start by brewing the lemon verbena tea, letting it steep for at least ten minutes or more. Once that’s done, blend the tea and the other ingredients in a blender until the mixture is smooth enough to drink. Finally, enjoy (if you can) on an empty stomach (source: Pregnancy Food Checker).

Supposedly, Midwives Brew has an 85% success rate – that is, as long as you’ve already passed your due date.

However, it’s contested by many because castor oil, while potentially effective, can also make you sick. It causes diarrhea and extreme nausea in many women, so make sure you know the risks before trying it (source: The Journal of Family Practice).

There’s no scientific evidence to support the myth that eating spicy food can help you go into labor. However, unless you have problems with acid reflux, there’s nothing wrong with eating spicy food either (source: Pregnancy Food Checker).

Additionally, despite the lack of evidence, several women insist that it worked for them.

In face, my own mother swears that I would’ve had a much later birthday if she hadn’t decided to try curry for the first time while pregnant with me. So if you enjoy spicy food, give it a shot – it may work for you, too!

Believe it or not, there’s quite a bit of science behind this one. Nipple stimulation causes the body to release oxytocin, which can lead to uterine contractions and the induction of labor.

Furthermore, the science behind nipple stimulation is what lends credence to the idea that having sex might jumpstart labor (source: BMC Pregnancy and Childbirth).

The drug doctors use to induce labor, Pitocin is a synthetic form of oxytocin, which shows just how vital that hormone is to labor. The more oxytocin your body produces, the longer and stronger your contractions are likely to be.

That means that nipple stimulation can not only induce labor, but it can also help make your contractions more effective, which could shorten your overall labor timeline. Just 30 minutes of nipple stimulation provides a remarkable increase in oxytocin production (sources: Healthline & BMC Pregnancy and Childbirth).

Like the spicy food tip above, this one also has no evidence to back it up. There are, however, all kinds of stories about eggplant/aubergine parmigiana and pizza inducing labor. I can’t give you any facts or connections to explain it, but it seems to work for some women.

A study in the BJOG shows that women who are stressed, worried, and scared of childbirth have longer labors than those who aren’t. On average, frightened moms spend 47 minutes longer in labor than other moms (source: British Journal of Obstetrics and Gynaecology).

In other words, stress is the enemy, and relaxation could be the key to defeating it. Do whatever you need to do to relax. For example, you could:

Once you let go of some of your tension and allow your body to relax, it may open up in other areas, causing you to go into labor (source: OBGYN North).

While researchers are still studying the effects of acupuncture on childbirth, there is some evidence to suggest that acupuncture may help ripen the cervix, readying it for birth. This could potentially jumpstart labor, but there’s not enough conclusive data available on the subject yet (source: Cochrane Library).

However, if acupuncture is one of the ways you like to relieve stress and relax, it may be worth trying.

As we’ve already discussed, relaxing can help bring about labor. If – aside from helping ripen your cervix – acupuncture is relaxing to you, it stands to reason that it could potentially help you go into labor.

I hope this has helped you induce labor. As you enter motherhood, here’s wishing you good luck!