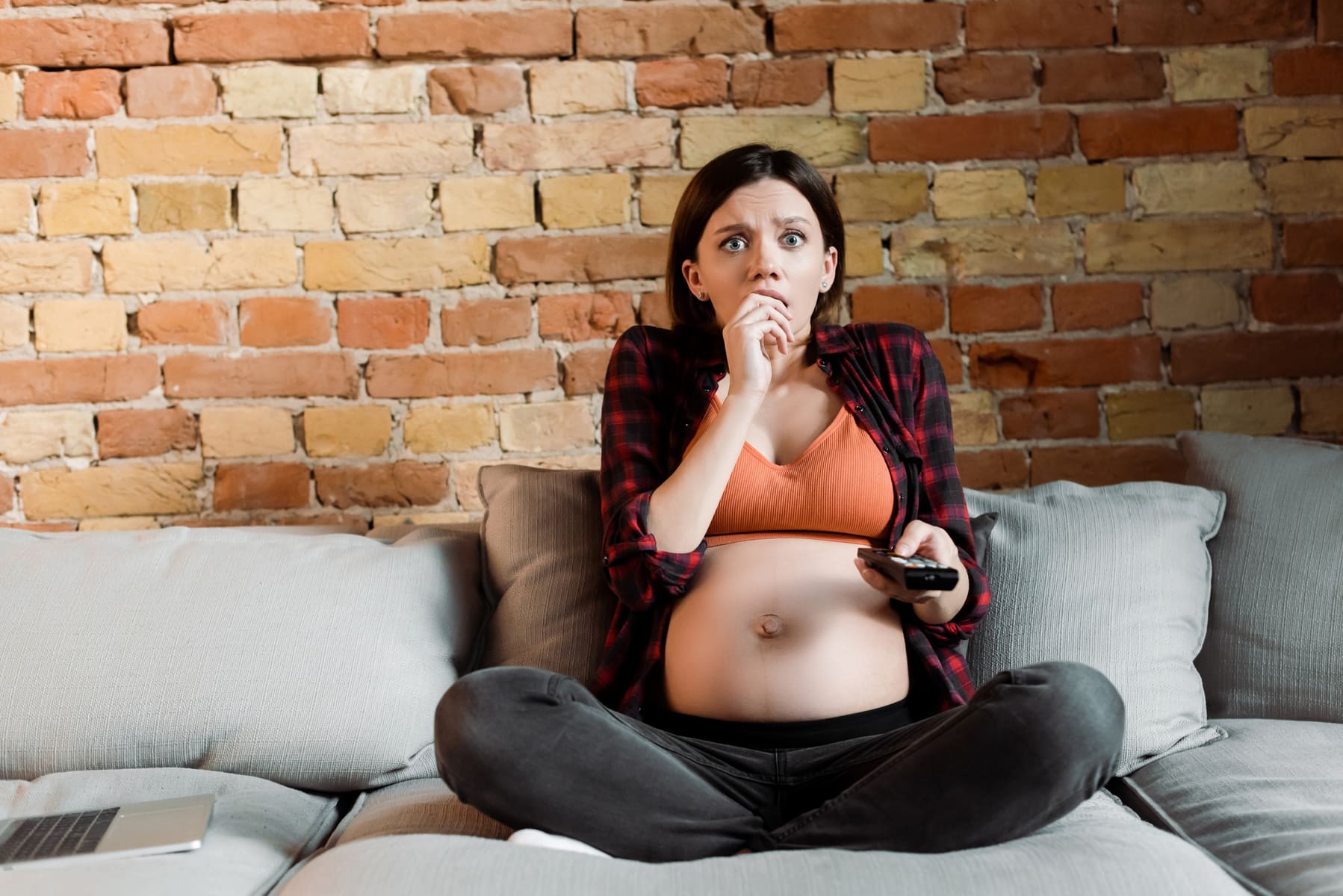 Once people find out you’re pregnant, they instantly start telling you everything you shouldn’t do: Don’t eat sushi; don’t get on an airplane; don’t drink alcohol. Some of those things are rooted in fact, but others, like, “Don’t watch scary movies!” are purely anecdotal.

There is no scientific evidence that says that women shouldn’t watch scary movies when they’re pregnant. Being scared does have physiological effects on your body – including an increased heart rate and increased blood pressure – but those things shouldn’t adversely affect your pregnancy.

Let’s discuss this in a bit more detail and find out why scary movies are probably safe for most healthy pregnancies.

Pregnant women can watch scary movies and horror movies as long as they understand that the fear response will have physiological effects for them. However, in a healthy pregnancy, these physical effects shouldn’t harm their babies.

Health Hub, the Heath eServices website for Singapore, puts it as simply and succinctly as possible: “Watching horror movies in pregnancy is more of a cultural taboo. There is no scientific proof to show its harmful effects on the baby” (source: Health Hub).

However, that doesn’t mean pregnant women won’t experience genuine effects from watching scary movies. Watching a scary film triggers the watcher’s fear response – also known as the “fight or flight” reflex – and there are physical consequences you will experience as a result of this, including:

However, these effects aren’t specific to pregnant women. These are the same things that everyone experiences when watching scary movies. Eventually, though, those feelings and effects wear off, leaving the watcher feeling good.

They have elevated dopamine and endorphin levels and are even happier than they were before the movie.

In other words, if you can stand a couple of hours of fear and anxiety, your mood will actually be better after watching a scary movie because you have a sense of well-being – and “it was all just on TV” sense of relief and safety.

Of course, the main concern for pregnant women is that period where their heart rates and blood pressures are elevated, and they feel stressed and anxious. What does that do to their developing babies?

Nothing much, as it turns out.

While most doctors agree that prolonged or “toxic stress” can be harmful, even devastating, for a developing fetus, the short amount of stress you’re likely to experience while watching a scary movie shouldn’t be damaging.

After all, stress is a common occurrence during pregnancy, so a single movie-induced stressful incident won’t be any worse than other periods of stress you’ll have during your pregnancy.

Now, if you’re watching scary movies back-to-back, 24/7, for the entirety of your pregnancy, that would be another story (sources: University of Rochester Medical Center & Eunice Kennedy Shriver National Institute of Child Health and Human Development).

As for the accelerated heart rate, raised blood pressure, and heavy or shallow breathing, those aren’t anything you should worry about either – as long as you have a healthy pregnancy. All of those things are things you’d also experience during exercise, and doctors highly recommend exercise for women with normal, healthy pregnancies.

However, if you have a high-risk pregnancy, your doctor may advise you not to exercise. That’s because in high-risk pregnancies, exercise – and the accelerated heart rate, blood pressure, etc., that go along with it – have been linked to higher instances of fetal bradycardia (source: Journal of Obstetrics and Gynaecology).

If your doctor considers your pregnancy high risk and has told you to forego exercising while pregnant, then you should probably also avoid horror movies. The things he’s worried about with you exercising are the same things you’ll experience while watching something that scares you.

If you’re still feeling conflicted, you can also check with your physician before you watch scary movies.

However, if I’ve said this once, I have said it ten thousand times: All pregnancies are different, just as all women are different, and you know yourself better than anyone or any online article.

If you’re a naturally nervous person, already prone to anxiety and losing sleep at night, then it might not be safe for you to watch horror movies while you’re pregnant. If you can watch a movie, then let it go when it’s over and never think about it again, that’s one thing.

However, if watching a horror movie or slasher flick will keep you up all night, give you bad dreams, and have you worrying unnecessarily for days after the movie, then it might be a better idea not to watch horror movies.

That kind of prolonged anxiety should be avoided at all costs, whether you’re pregnant or not. It is terrible both for your body and any developing baby growing within it.

All doctors will tell you that avoiding stress and remaining calm, peaceful, and happy are among the best things you can do for your baby’s health. Therefore, while watching a scary movie now and then isn’t likely to hurt your baby, use your best judgment when deciding if the stress of the film might be too much for you to handle.